ArmorThane was one of six participating businesses for the Missouri trade mission.  While the company already exports internationally, including working with South America, Froese was interested in identifying new distribution opportunities for some or all of their many polyurea and polyurethane spray coating applications.

Froese met with several companies that had been predetermined before arrival.  The one-on-one type meetings allowed a dialog through an interpreter about the products, processes and applications that ArmorThane offered.  Columbia was most interested in blast mitigation, mining and marine (ship) coatings.  Peru tended to focus on mining and military/security applications.

“I learned quite a lot from our meetings.  The greatest value was gaining a better understanding of local markets and their business concerns,” stated Froese.  “One of the biggest hurdles to overcome is the current strength of the dollar.  We’ve seen that in other countries as well but solutions can be worked out.” 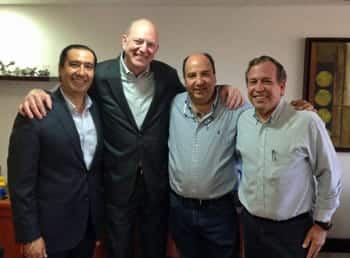 Essentially, companies in these two emerging markets knew of polyurea protective coatings and plural component spraying equipment, but did not realize the benefits offered.  Currently, their primary use of coatings was epoxy on flooring and that is applied by roller instead of the more effective and varied applications of newer products and equipment.

During the trip, Gov. Nixon announced that a joint agreement was signed to increase exporting to these areas of the world.  The multi-year venture is for Columbia to import $750 million of Missouri goods and Peru $300 million.  Currently, Columbia is Missouri’s 27th largest trading partner importing about $82 million worth of Missouri products in 2014.  Peru is number 42, importing over $25 million.

This trip was financed by the individual companies, a federal grant, and the Hawthorn Foundation.  The Hawthorn Foundation is a nonprofit organization that often finances trade missions, including Missouri.  Ms. Margaret Bain Onken, Interim Executive Director of the foundation, also traveled with the group.  A grant of nearly $600,000 was awarded to Missouri from the U.S. Small Business Administration last August to increase the export products. The funding, part of the State Trade and Export Promotion (STEP) Grant Program, is designed to help incentivize Missouri businesses to focus their targets on Central and South America. 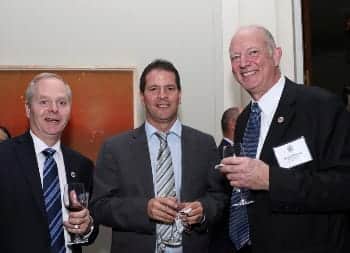 Froese expects to benefit from these initiatives.  He summed up the importance of participating in the state’s trade mission as twofold.  First, leaders introduced ArmorThane to high quality contacts that would be difficult to identify and reach by traditional prospecting.  Second, being part of the Missouri team added overall credence to the meetings.