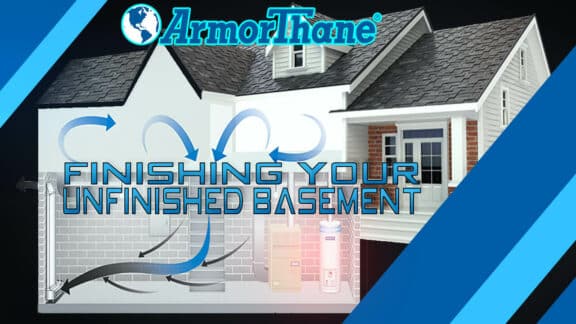 As real estate prices rise, people are looking to increase their living space. People do this by introducing sheetrock, framing, and carpets, which can lead to mold growth.

You pay for the basement space when you buy a house. It would be great if the basement could be part of the home's living, usable space and not just the area no one wants to even look at or smell.

It is possible. However, it takes planning and the correct products to finish a basement the correct way. But once the right decisions have been made, the basement can be so much more than just foundational support. 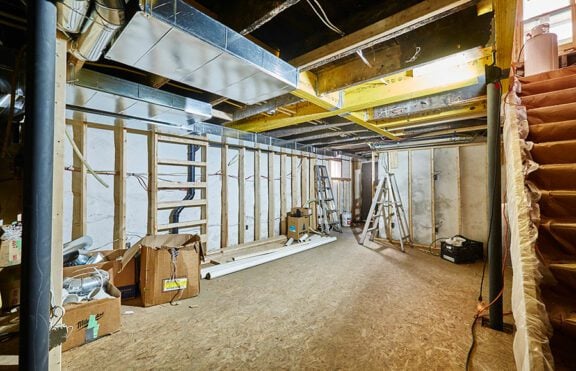 It is best to assume you have a moisture problem in your basement before putting carpet and furniture in.

Even though it may not seem so, concrete floors will always absorb moisture from the ground. You won't see the moisture in the concrete floor unless there is a leak, but it is there. People that are not aware of this will tell you that your basement is dry, and if you were to place carpeting and underpads on top of the concrete slab, you would find that the carpeting traps moisture from the concrete. A year or so later, you would still smell the musty, moldy smell.

To test the amount of moisture, tape a piece of polyethylene to the concrete. Then, check it a few weeks later. You will find water droplets on the plastic's back in almost all cases, except when extremely dry. That's moisture passing through concrete. 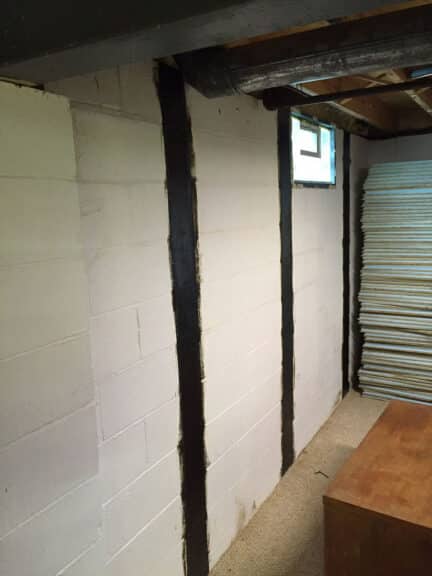 A key component of finishing a basement is sealing foundation cracks. Radon, an invisible radioactive gas that is odorless and non-descriptive, is produced by the decay of uranium within the soil. Radon is heavier than air and tends to be concentrated in lower-level areas like basements, seeping through cracks.

The ground freezes and expands. If there is less heat leaving a basement, the ground can freeze harder. Rhino offers various products that can address basement problems, depending on the cracking and whether the wall is cracked or bowed. Rhino's strengthening products can be used to prevent basement finishing problems.

He says, "Being in the repairs business, we've seen people remove a section from their walls and expose huge cracks. "People use our products to fix basements that aren't cracked because they don't want to cause a problem."

Although windows are beautiful, the building code does not require them for fresh air or natural light. Windows must be placed in specific locations and have certain dimensions to allow firefighters to enter structures while fully loaded with their gear.

A window sill should not be higher than 44 inches. This can be accommodated by the homeowner building so that a piece of furniture can be placed near it, which could act as a step.

The most common size for egress windows is 4x4x4, but they are also available in larger sizes. It is easier to add foundational windows in a new building than to an existing one.

Simply meeting the code is not enough, but the best decision is to make a map of two or three egress windows wells, where the furniture will be placed, and where the hot tank is because windows alter the envelope of below-grade living space by providing light and fresh air. 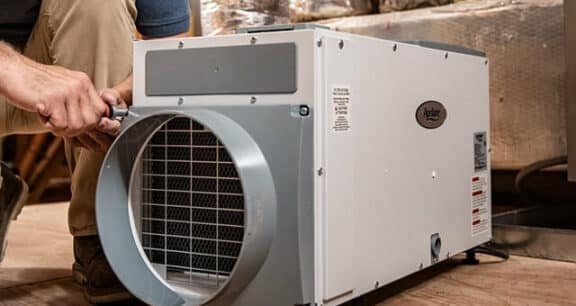 Basement ventilation can harm overall health. Introducing a good ventilation system to your basement removes stagnant air and allows ventilation to move the basement air upstairs. This reduces humidity and radon levels, as well as mildew and mold odors. It also improves asthma symptoms and allergy symptoms for the people who live in it.

While not all customers require basement waterproofing, many suffer from stagnant air, moldy windows, musty smells, and other symptoms.

However, dehumidification is an essential part of any basement finishing or waterproofing system. There are many ways to tackle this problem.

If the house is equipped with central air, an HVAC contractor may install air conditioning in the basement. Sometimes this will suffice to dehumidify it. A basement-specific system may be needed for larger spaces.

Self-draining humidification systems are recommended, so you don't have to empty the bucket. It is easy to set it up and leave it alone. It works just like an AC or heating system. Once you turn it on, it turns off, and then it drains itself.

The Association of Home Appliance Manufacturers, AHAM, has guidelines for spaces measuring 2,500 feet depending on the moisture level. For homes with moderately high moisture levels, a system should remove 26 pints an hour; for homes that are very damp, 32 pints, and wet 38 pints, respectively; for extremely wet homes, 44 pints. 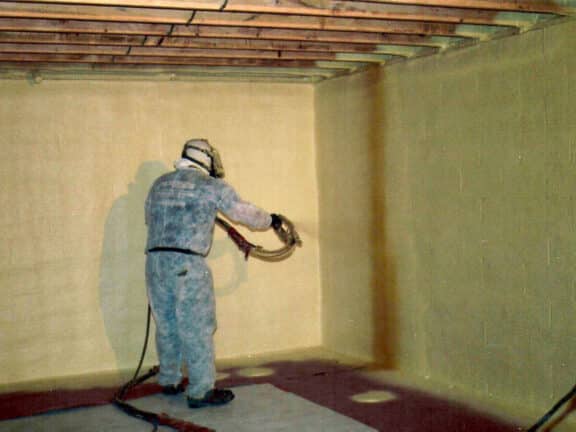 The type and amount of insulation required will vary depending on the climate zone and building code.

Spray foam is great for areas where air leakage is a problem, such as rim joints. This can cause high energy bills. Spray foam insulation works well in these areas.

Open-cell insulation is an insulation product that is more flexible and airtight. It can have an R-value between 3.7 and 4 inches. Additionally, it is vapor permeable. This means that if an assembly gets wet, the foam won't trap the moisture long-term. It will let the assembly dry out.

Closed-cell spray foam has a higher R-value at around seven and is dense enough to serve as an impermeable vapor barrier. It can be useful, especially if there is a lot of moisture-generating activity in basement rooms. If that moisture touches the concrete foundation wall, it may condense. Because it acts as both an air barrier or vapor barrier, the closed-cell insulation protects the walls in that system very well.

On the exterior of a basement wall, only closed-cell insulation should ever be used. This is especially true in colder climates where this additional impermeability may be necessary. Although spray foam can be used as insulation on exterior basement walls, it should complement a waterproofing system to keep groundwater and rainwater out.

Closed-cell foam is more costly because it has a higher R-value and is denser. When the wall requires insulation, open-cell foam is a good choice. As long as the outside water can't penetrate the open cell insulation, it's fine.

This complexity regarding the movement of air and water is why experts should be consulted to help make sure that all factors are considered, and the finished basement decisions are made as a whole.

When it comes to your finished basement, some of the most significant choices are made for wall and floor systems behind the scenes, for what goes on underneath your couch, pool table, and drink station that no one else will ever see. But once those are made, you can rest assured that your carpet, furniture, and whatever treasured objects you have stashed down there will remain in good shape for years to come.